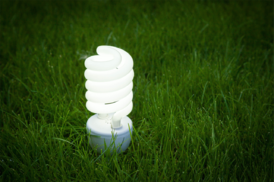 In both the commercial and residential scope, appreciation in property value is a big motivator to go green, but benchmarking ordinances that put the pressure on are correlated with higher adoption rates.

Results of CBRE’s 2017 National Green Building Adoption Index (GBAI)—which ranks 30 of the largest commercial office markets in the U.S. by the share of “green certified” square footage in their market—shows that architects, builders, and developers are showing a continued commitment to invest in sustainable building methods and energy efficiency in the commercial office space.

In partnership with Maastricht University, CBRE’s fourth annual index quantitatively measures the growth in green building practices in U.S. office markets via the share of ENERGY STAR and/or LEED-certified square footage and buildings over the past decade, both in aggregate and each individual market.

The 2017 report found that 38% of all office space in the nation’s largest markets were LEED and/or ENERGY STAR certified as of 2016. This marks a slight increase from 37% in 2015, but a dramatic increase from 2005, when less than 5% of office spaces were green certified. The study excludes buildings and square footage of any office that failed to renew certifications after five years.
The breakdown of certifications in all 30 cities by share of square footage and share of total buildings shows that the market is more of a laggard on LEED certifications—which place emphasis on sustainable building methods and materials—than ENERGY STAR certifications—which focus primarily on energy efficiency.

More real estate investors are committing to going green than ever before, but this isn’t born entirely from concerns for a healthier built environment. Studies show that investment in sustainable building and energy efficiency (in both the commercial and residential scope) is proven to appreciate the property value of a resulting structure, and could be a even bigger motivator than government policies and subsidy programs.

The report suggests a correlation between the adoption of municipal energy disclosure regulations and green building adoption, however. This year, CBRE collaborated with the Institute for Market Transformation (IMT) to examine this relationship more closely, and found that cities with benchmarking ordinances are correlated with a 9% increase in LEED and/or ENERGY STAR certified buildings, and respectively, a 21% increase in green certified square footage. Additionally, nine of the top 10 cities in the 2017 GBAI have implemented benchmarking laws, with Houston as the one exception.
According to the study, 22 cities, the District of Columbia, two counties and two states have implemented laws requiring privately owned buildings to disclose annual energy consumption and publish the resulting data since 2008. The U.S. Green Building Council (USGBC), another collaborator of CBRE’s report, further notes that “20 of these policies had not reached their full phase-in of reporting by January 2016, [so] the vast majority of policies saw buildings reporting for the first time in 2016 or later.”

The report details the impact in specific cities as well:
“Several cities experienced an increase in the adoption of environmental building certification after the passage of benchmarking and transparency laws. For instance, after enacting a benchmarking law in 2015, Kansas City’s Green Building Adoption measure jumped five percentage points and its ranking increased by three spots from 2015 to 2016. In addition, Atlanta gained five percentage points and two slots in ranking from 2015 to 2016 after adopting in 2015 a law requiring benchmarking and energy audits.”

Despite the current administration’s policy priorities which have shifted focus away from sustainability and energy efficiency, Dr. Nils Kok, an associate professor at Maastricht University, states that “the momentum in the commercial real estate industry toward improving building operating performance and enhancing building quality is hard to derail.”

Read the full report and explore CBRE’s interactive map to explore all research data for the top 30 cities.

This site uses Akismet to reduce spam. Learn how your comment data is processed.